She Loved People and People Loved Her Back 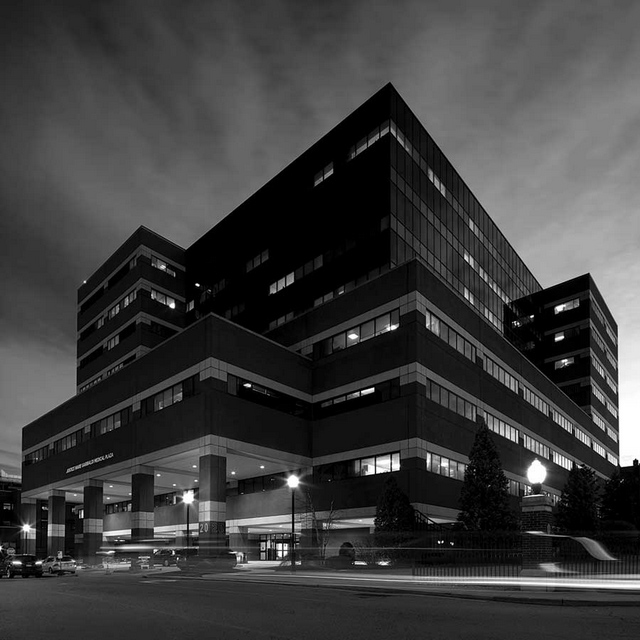 A remarkable woman of peerless professional accomplishments, the late Marie Garibaldi was a jurist who became the first female New Jersey Supreme Court judge. But those who knew her would say Marie's love of the law was equaled, if not surpassed, by her love of those around her.

A cause close to her heart.

An only child, Marie lived most of her life in Hudson County, where her father was a physician at St. Francis Hospital. Alongside her ascent in the legal and judicial world, her early connection to medicine became magnified through her involvement at Hackensack University Medical Center. Since joining the family in 2001, she served in many leadership positions on the medical center, network and Foundation boards, including first vice chair of the Hackensack University Medical Center Board of Governors. Through each engagement she made a deep impression not only through her philanthropic generosity but, most importantly, through her generosity of spirit. Marie felt strongly about testamentary giving, and headed the Foundation's planned giving initiatives for many years. As one who led by example, Marie gave credence to her words and efforts through her own planned gift.

Justice Garibaldi's devotion and passion to the medical center was unquestionable and she exuded unending energy, intellectual rigor and dignity in everything she did. Her legacy will be long remembered with affection and admiration. Marie was consistently involved with many causes close to her heart, and the medical center was only one of many organizations she supported through board service and volunteerism. Amongst others, she chaired the Hudson Riverfront Performing Arts Center and served as a member of the Board of Directors of the National Italian American Foundation.

Leading the way with warmth and wit.

Although she would never have admitted this, Marie was a trailblazer for women, raised with a strong belief in equal opportunity. After learning certain business schools did not accept women applicants, she enrolled in Columbia Law School, graduating in 1959. By the time she retired from the New Jersey Supreme Court in 2000, after an illustrious 40-year career, Justice Garibaldi had become one of the Stat'’s most respected legal figures, especially noted for serving as the first female justice of the New Jersey Supreme Court. During her time on the bench, she wrote more than 225 opinions, including a number of noteworthy dissents.

To those fortunate enough to be a friend or a colleague, Marie's warmth and wit infused all her relationships — as a mentor, a confidante, a shoulder or a role model. She had a vast, extended family comprising many friends from all walks of life, and the bonds she formed were always lasting ones. In fact, Marie maintained close ties with many of her law clerks, creating friendships that were treasured throughout her lifetime. For Marie Garibaldi, being the answer in her life and work – and her involvement with Hackensack University Medical Center — meant saying what needed to be said and doing what needed to be done. The way she always had: gracefully, compassionately, determinedly.

A charitable bequest is one or two sentences in your will or living trust that leave to Hackensack University Medical Center Foundation a specific item, an amount of money, a gift contingent upon certain events or a percentage of your estate.

an individual or organization designated to receive benefits or funds under a will or other contract, such as an insurance policy, trust or retirement plan

"I give to Hackensack University Medical Center Foundation, a nonprofit corporation currently located at 160 Essex Street, Suite 101, Lodi, NJ 07644, or its successor thereto, ______________ [written amount or percentage of the estate or description of property] for its unrestricted use and purpose."

able to be changed or cancelled

A revocable living trust is set up during your lifetime and can be revoked at any time before death. They allow assets held in the trust to pass directly to beneficiaries without probate court proceedings and can also reduce federal estate taxes.

cannot be changed or cancelled

the original value of an asset, such as stock, before its appreciation or depreciation

the price a willing buyer and willing seller can agree on

the part of an estate left after debts, taxes and specific bequests have been paid

a written and properly witnessed legal change to a will

the person named in a will to manage the estate, collect the property, pay any debt, and distribute property according to the will

A donor advised fund is an account that you set up but which is managed by a nonprofit organization. You contribute to the account, which grows tax-free. You can recommend how much (and how often) you want to distribute money from that fund to the Foundation or other charities. You cannot direct the gifts.

An endowed gift can create a new endowment or add to an existing endowment. The principal of the endowment is invested and a portion of the principal’s earnings are used each year to support our mission.

Tax on the growth in value of an asset—such as real estate or stock—since its original purchase.

Securities, real estate or any other property having a fair market value greater than its original purchase price.

A charitable remainder trust provides you or other named individuals income each year for life or a period not exceeding 20 years from assets you give to the trust you create.

You give assets to a trust that pays our organization set payments for a number of years, which you choose. The longer the length of time, the better the potential tax savings to you. When the term is up, the remaining trust assets go to you, your family or other beneficiaries you select. This is an excellent way to transfer property to family members at a minimal cost.

You fund this type of trust with cash or appreciated assets—and may qualify for a federal income tax charitable deduction when you itemize. You can also make additional gifts; each one also qualifies for a tax deduction. The trust pays you, each year, a variable amount based on a fixed percentage of the fair market value of the trust assets. When the trust terminates, the remaining principal goes to the Foundation as a lump sum.

You fund this trust with cash or appreciated assets—and may qualify for a federal income tax charitable deduction when you itemize. Each year the trust pays you or another named individual the same dollar amount you choose at the start. When the trust terminates, the remaining principal goes to the Foundation as a lump sum.

A beneficiary designation clearly identifies how specific assets will be distributed after your death.

A charitable gift annuity involves a simple contract between you and the Foundation where you agree to make a gift to the Foundation and we, in return, agree to pay you (and someone else, if you choose) a fixed amount each year for the rest of your life.